With just a few weeks until Christmas, it’s unfortunately the question on many people’s lips, “Should I start my divorce proceedings before Christmas?”

For some, they have been thinking about separating from their partner for many years or months and the “festive cheer” all around is making their relationship seem tougher than ever.

For those who have children, they will be the priority and the inevitable thought will be whether announcing that you want a divorce is going to ruin Christmas. Should you sit tight and wait until the new year or get it off your chest and maybe see yourself or ex-to-be out of the marital home.

Tips to deal with your first Christmas alone

It’s not only the children, there will be parents, friends and other family members who will inevitably get caught up in the emotions of a divorce announcement.

Do you put yourself first or do you save everyone else’s feelings? That is the biggest question.

For some, there may have been an event such as domestic violence which makes them want to leave immediately. Is it selfish to do it this close to the big day? We asked experts from the Hug Directory for their thoughts and this is what they had to say:

1. Does your husband/wife know you want to get a divorce? If it’s a complete surprise to him, how will he react, and what will be the impact of that reaction on your children?

2. If he knows and you want to start proceedings, then see if you can agree not to mention it over christmas around the children.

3. As a co-parent coach, i would like to see you in a place where you can be most amicable at what is already a potentially volatile time of year. If you are able to be civil and transactional around the children and behave as two adults rather than it being explosive, and you know you can achieve this, then if it will give you what you need, go ahead with starting the proceedings.

4. If you can wait it out until the kids are back at school, you will have more space to breathe in the day time rather than having to be constantly switched on.

Arrange some days out separately with the children – take them to places that are distracting.

On Xmas day, busy yourselves with games, films, walks etc. Don’t have too much ‘down’ time as this can be harder as there is more time for reflection.

Remember to put your kids front and centre and see if your husband can too.

To be honest practically it wont make much difference as the Courts all close for Christmas so nothing will really get done until the New Year realistically – however, it may help someone, particularly if they are suffering domestic abuse, in terms of feeling empowered that they have started the ball rolling.

If for example someone has waited 6 years and then taken the decision to actually proceed with the divorce, just the knowledge of completing the paperwork, handing it in and knowing that this is the last Christmas she will have to spend being unhappy may feel quite liberating.

Are you dreading your first Christmas alone?

Christmas , alcohol and spending more time together when you don’t really want to be together can be a recipe for disaster and for arguments to escalate.

I would say that if a person can just grit their teeth and get through it as best they can then they can make sure they get all their ‘ducks in a row’; know what their options are legally and make more preparations come the New Year. A Divorce Coach and Solicitor can help with all of this obviously.

“Should I start my divorce before Christmas?”

I’ve been asked this question quite a bit recently.  It’s a tough one, as there will never be a “good” time, and especially if someone has been unhappy for a long time.

Christmas can be a challenging time if you are unhappy in your marriage, as we’re all supposed to spend wonderful time together – and you know it just isn’t going to be like that.  The Christmas family adverts on TV and billboards can make everything seem even worse.

There are lots of considerations to take into account, and they will be different for everyone.  in the long run, it’s about weighing up all the circumstances to work out what will be best for you, and those others who will be affected.

Do you want to chat to others in the same situation? Chat in The Group Hug Forum/Chatroom – you can be completely anonymous as you choose your own posting name

If you decide to wait, then these would be my top tips to get through the holiday:

Ultimately, there is no “right” answer – only the right answer for you.

The courts are very slow at the moment from an administrative point of view (Bury St Edmunds which is the divorce centre for the South East is taking three to four weeks to issue petitions). So if someone is in a hurry to proceed then it would probably be sensible to issue before Christmas.

Divorces on average are taking 6 to 9 months to go through the courts.

However, it they wish to petition on the ground of behaviour or adultery I would caution proceeding before Christmas as it is likely to cause an increase in tensions which will not benefit the family at this time of year particularly if there are children, and in that instance I would suggest waiting until January.

The actual divorce is largely a paper exercise these days unless the divorce is defended which is rare. Resolving financial issues however is often more complex and fraught. If there are concerns over dissipation of assets by one party then it would be sensible to issue financial proceedings straight away to try and stop money being spent or hidden otherwise again I would suggest it is probably sensible to put off the difficult discussions about how to divide the matrimonial pot until after Christmas.

Procedurally two more weeks won’t make a difference it’s neither here nor there in the timing of things. However emotionally that’s a whole new ball game and most likely underpins a clients completely understandable worry around this decision pre or post Christmas

The question about whether waiting for after Christmas is one only each individual can answer. Timing is a personal choice.

When clients talk about starting their divorce, I ask whether they mean actually filing the papers at court or just getting advice and support for themselves for the moment?

I have had a few people book in for advice and support about divorce recently.

They’ve had the meeting as a fact finding exercise to find out what’s involved, to then think things through over Christmas with a plan to start things formally in the new year.

The divorce centres (aka specialist courts where divorces are filed) have a huge backlog, so it would be very unlikely that if anyone files their papers before Christmas, the divorce process would in fact start until January or beyond.

It’s never too early to get initial advice about what’s involved and support about what to expect.

I would advise any client to hold back on telling their spouse that they want a divorce , until they have got all their ducks in a row and have already taken advice. Starting a divorce is a lot to take on at the best of times and Christmas is so very busy anyway, anyone would need to be sure that they wanted to choose to start the divorce now

If you would like any further advice on whether you should start your divorce before christmas; contact any of the experts in this blog via The Hug Directory 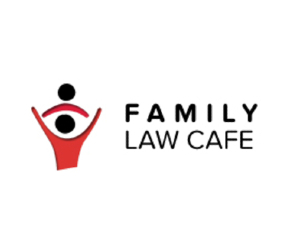