Family court. Where is the justice?

Would someone please tell me what justice there is when a judge makes an order, and as on the order above, makes a clear statement of what happens if that order is not complied with, then absolutely nothing happens and we have gone way past the dates on the order.

Unless I spend more money taking the person back to court.

What is the point of making a clear threat but not having the authority to follow it through unless I spend money.

Isn’t it about time these words meant something so these people stop dancing rings around the courts because they know nothing will happen.

I am sickened how easy it is to just do nothing and get away with it, over and over again.

Following up from my previous rant (or constructive discussion point) – It seems the problem is because divorce and financials are “family matters” and therefore don’t hold the same legal weight as criminal matters.

Right, I get that, but once a Judge has made a court ruling regardless of which court it is in, if that ruling is not adhered to / complied with then that should become a criminal matter, immediately, no excuses.

The judge makes the ruling based on solid evidence of wealth / assets in the family court, a fair and just settlement is pronounced and a deadline generously given, so what excuse can the person have for non-compliance – NONE.

Make it then a criminal case, but brought by the court as it would if Johnny Lightfingers was threatened with a jail sentence if he goes on the rob again, and he does, bye bye Johnny I told you, now off you pop to jail for a few years. 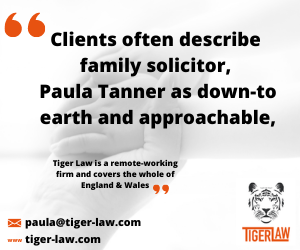