….my thoughts immediately took me back to when I was 12 years old and the suicide attempt by my Mother.

I was sending words of comfort to my friend whose family member had decided that they no longer wanted to stay physically in this world and commit the act of suicide.

When you’re a 12-year-old child, you really are protected from any underlying troubles that your parents may be going through, or at least that was the case for me.

The impact on my brother and I

Thankfully, my Mum survived her suicide attempt, but the next 10 years would have its own impact on both myself and my brother, although it wouldn’t be until years later that I would fully learn the impact it did have on him.

For me at that time, I had no clue as to why my Mum would want to leave her 2 children behind by taking her own life. But strangely, for me the impact of suicide, wasn’t the “attempt”, it was her reaction to me the next day after she was released from hospital when my brother and I arrived home from school.

My mum was in the kitchen preparing dinner (as if nothing had happened!), and I entered the kitchen and greeted her, but she didn’t respond, no hugs, no response. My brother however was right behind me and when he asked her how she was, she responded to him, but had blanked me.

Now as a 12 year girl, this felt like rejection and at that moment I thought I must have done something to have caused my mum to take such drastic action as to want to end her own life.

I know in my soul this was not the case; but in my heart, the impact of suicide stayed with me for 10 years.

Our Dad left home 3 years later and when I was 17, my Mum moved back to London leaving me and my brother (who was 20 by then) together. We’ve always joked that our parents left home before we did, but when I decided a couple of months later to find my own place to live, my brother went into a state of depression. I didn’t know this until years later after both our parents had passed away.

Share your experiences anonymously in The Group Hug chatroom

So, for 10 years, I went from a withdrawn child to an internally angry young women. But it was a huge argument with my dad that struck a massive cord with me when he turned to me and said, “Karen, I hope one day you will allow someone into your heart”. And that’s when the realisation hit me, I’d become a cold-hearted bitch. So, I set about working out what had made me so cold and so undeserving of someone else’s love.

Yep, that one small action of rejection by my mum, and not the attempted suicide caused my heart to shut off from any love for the fear of rejection. Who’d have thought that would impact me in such a way. Not so ironically, the only person my heart was open to was indeed my mum.

Now recognising this, I had to resolve this trauma within me. So, I wrote my life from the age of 12 until present day (aged 22), as if I was telling the story of this girls life. I then sent one copy to my Dad with a letter forgiving him and handed the other copy, again with a letter of forgiveness to my Mum.

My mum read it and burst into tears. And that’s when we finally spoke about the events of those 24hrs that would not just change me, but would shape my life eventually for the better and to who I am today; listening and guiding others back on their path to greater things as a Coach.

What I learnt from my amazing mother about suicide is that when you are in such a low vibrational emotion, you cannot think of anything other than yourself. Trying to end the thoughts, the feeling of such low self-worth and believing that the world would be a better place without you in it. These are the depths of depression, that without doubt were brought about by my dads conduct and disregard for her as his wife/human being of 22 years.

Back in the 1970’s, there was not the emotional or mental support that we have today. Even though we are still not doing enough. However, as adults we have to take ownership of our actions and the impact they may have on others. This world that we live in to today is much harder in terms of feeling like you have to belong, be ‘liked’, or be someone you’re not.

Here are some stats from the Office for National Statistics: –

The impact of suicide, on family and friends can carry on for years. They feel a mix of emotions from abandonment to anger, and of course the one answer most don’t receive…the reason Why?

I was blessed to have had my mum until her passing aged 62.  She became my greatest teacher, I know how to coach and to have compassion because of her.

I love both my parents, but as people they were at times thoughtless and destructive. I have forgiven both of them and myself, as I too am responsible for how I reacted to that situation. My mum did not hear me greet her, which is the only reason she did not acknowledge me. Had I had had the courage to just give fling my arms around her and give her a hug, I would not have held on to the coldness in my heart.

It is everyone’s responsibility to just be kind to each other, to support and embrace the differences we all have. Unconditional love rather than conditional; to listen rather than shout; to accept rather than judge and to recognise and reach out when those we love are in need.

But most of all, for those of you out there that are deep in your own thoughts of despair, please reach out, ask for help or contact me.

My mum went on to find her soul partner, her life may have been cut short at 62, but she found true love and I am grateful to her husband John for accepting her for who she was and not try to change the beautiful soul that she had.

Please don’t stay silent, you can turn your life around if you just let one person know how you feel.

Written by Karen Peters – find out more about her work in The Hug Directory.

Are your trying to co-parent with a narcissist. Ma

Are you getting divorced or separating and still h

Money can do more than buy happiness; it can bring

Civil Partnership or Divorce? Did you know that an

NHS study revealed one in six youngsters have a me

How do you feel about this quote? Chat with us as

As we head towards November divorced parents wheth

We think this story from the is a ridiculous case 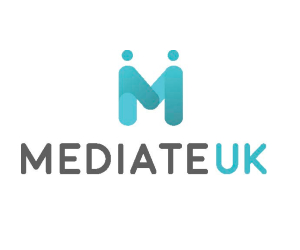 Are your trying to co-parent with a narcissist. Ma

Are you getting divorced or separating and still h

Money can do more than buy happiness; it can bring

Civil Partnership or Divorce? Did you know that an

NHS study revealed one in six youngsters have a me

How do you feel about this quote? Chat with us as

As we head towards November divorced parents wheth

We think this story from the is a ridiculous case